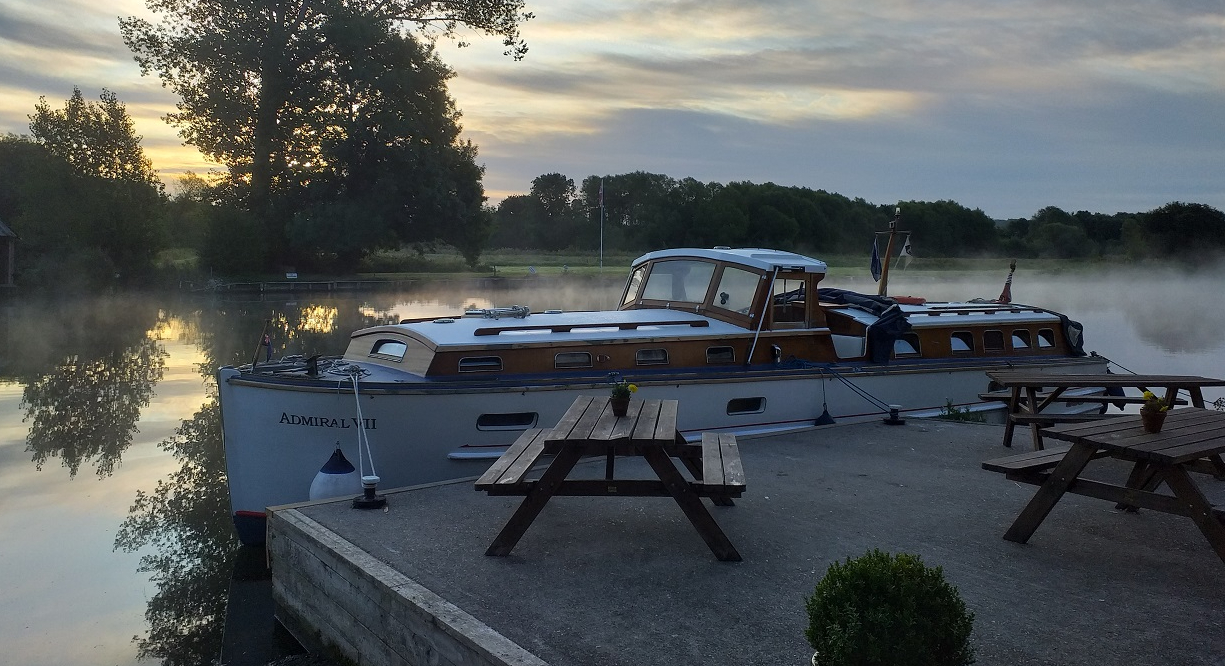 The Broom Admirals were originally built for the hire fleet in the 1950s and were according to Broom’s brochure a ‘great favourite amongst discerning hirers’. The bridge has a collapsible canopy roof and windscreen with the raised floor giving the helmsman an unobstructed view.

The original layout featured a twin cabin forward, an actual bath in the forward heads, with a further double berthed stateroom forward of the cockpit. A further single cabin and toilet are situated just aft of the cockpit. The rear saloon seats eight in comfort and at the aft of the boat comes a well equipped galley complete with electric fresh water taps. Safe wide decks run round the boat, a design feature that Brooms continued throughout their range.

The Admiral was fitted with a single Morris Commodore engine in 20 or 40HP and when hired came complete with a 14ft mahogany sailing dinghy.