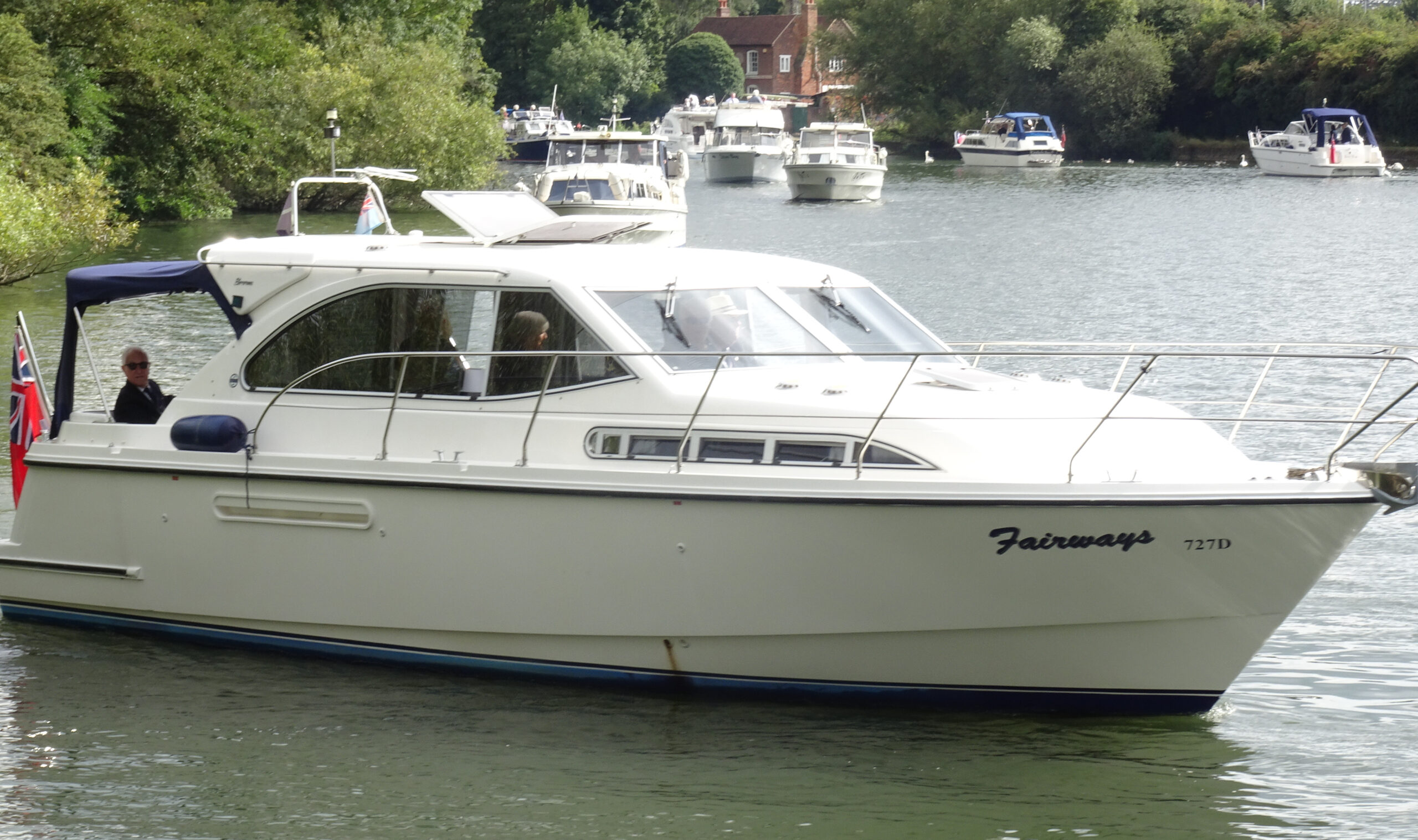 Based on the same hull as its flybridge cousin, the Broom 34 Sedan is a single level cruiser ideal for inland waterways which is still popular on the Thames and the Broads.

The interior layout draws more on the earlier design of the Broom 35 Sedan, with an offset double forward. Some versions had a galley and dinette, whilst a second bunk cabin was also an option, plus the large deck saloon and aft cockpit. A sliding door from the saloon gave access to the side decks on the port side.

34s were typically fitted with single engines such as the Nanni 4.220HE 50HP for river use, but could also house twin Volvos up to 130HP for coastal cruising.