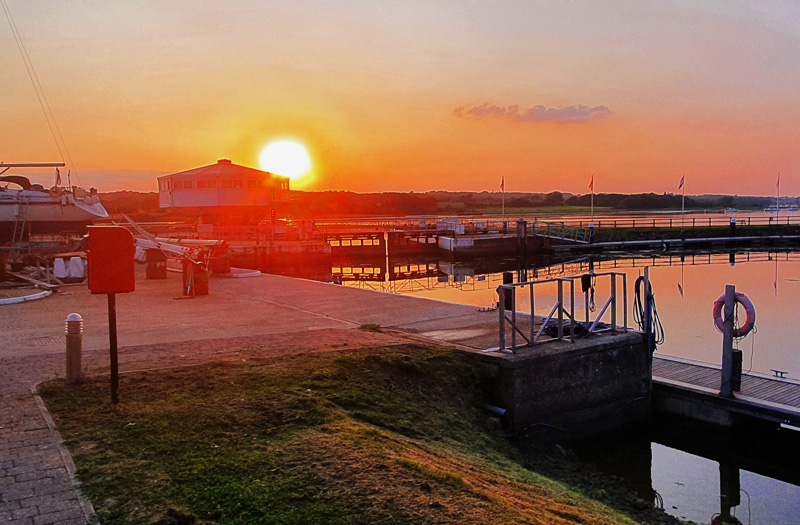 On Friday evening, in the cool of the day, we met for an informal drinks reception on the marina’s grassed area. This was a chance for old friendships to be renewed and for us to welcome those who had recently become BOC members or had moved to the region. We were particularly pleased that Jill and David Reynolds from the Eastern Region, who are currently exploring the Solent area, were able to join us.

The traditional BBQ took place on Saturday afternoon when the culinary skills of the many chefs were revealed!

In a break with tradition, BOC, in conjunction with the Island Harbour Yacht Club (IHYC), organised a mini boat jumble in aid of the Ryde Sea Scouts. To date, the amount raised is £101.10 and there are still further funds to be added. Thank you to everyone who donated to this very worthwhile charity.

During the daytime on Sunday, most people took advantage of shady and cool places to relax before meeting at Breeze, the on-site restaurant, for a very enjoyable evening meal.

Monday saw some boats leave the marina in order to make their way to other venues or their home port while some people stayed on to enjoy the delights of the Isle of Wight.

A special thanks must go to Andy and Lesley Spain who assisted John and I to organise this rally.