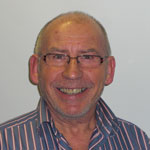 I joined the BOC on its formation in 2004, and since 2010 I have been the editor of Seeping Statements and was, for a number of years, the coordinator of the European region, formerly the Rest of the World, roles that have involved me in sitting on the committee for the last 12 years. During that time I’ve been involved in many actions to improve the offering of the Club to members, but more importantly, I’ve also cruised extensively on a number of Broom boats, around the coasts and inland in the UK and particularly in Belgium, the Netherlands, France and Germany, where the quality and build of Broom boats has readily demonstrated their practicality for extended voyages, but also their suitability for just meandering down the river, or riding at anchor in some quiet creek.

My enthusiasm for the marque itself extends to the Club, which I see as an excellent grouping of like-minded boat owners, where membership allows one to get as much or as little out of the Club and put as much or as little into the Club in return, as one is able. The BOC has grown in numbers over the years and there is now a real grouping of expertise, with members wiling to offer their experience and assistance to each other, as well as joining in cruises in company and social events, or just proudly flying the Club pennant whilst following their own endeavours.

My vision for the future of the Club is to enhance and strengthen these benefits by supporting the growth of the already strong regions, encouraging the exchange of information, both practical and technical, and enabling members more easily to communicate and, for those who wish, to meet, socialise and cruise together, thus enabling members to get the most enjoyment out of our Broom boats, and the fun that we purchased our boats for in the first place. I hope to do this in conjunction with Keith Rowe as Vice Chair together with his important role as Technical Coordinator. I believe that, together with a strong and enthusiastic committee, we can continue to enhance the experience owning a Broom boat provides and lead the Club forward over the coming months in a way which meets with the needs and requirements of our growing membership. This at a time when Broom boats are no longer being built and when the exchange of information on an ageing, albeit relatively young fleet becomes more necessary. These are great craft and a strong owners club will ensure that we keep them going for many years to come.