BOC members can log in to see more reports

On Saturday 10th October, more than 45 members  and potential members gathered for a Central and North East Region "Get-together" at Newark Marina. On arrival, members were offered a  welcoming cup of coffee, a chance to renew frienndships and to catch up on news.

Saturday, 30th November proved to be a propitious day for this second BOC Central & N.E. Region gathering at Newark Marina showrooms. Fair weather made travelling easy and enabled those attending to take advantage of the opportunity to view some of the Broom boats on the marina’s waterside moorings, and to look round the new Broom 370 specially opened up for members.

Over twenty Broom owners were greeted on arrival by BOC Chairman, Gill Oldham, accompanied by six other committee and ex-committee members.

Details for our Central and NE region End-of-Season get together have now been confirmed with the event kicking of at 11.30am on Saturday 30th November at Newark marina. Magazine editor David Haugh will be giving us some highlights of his cruising adventures in Europe this year, after which a buffet lunch will provide the ideal opportunity to mingle with fellow members and get to know some of the committee members who will be travelling to be there. 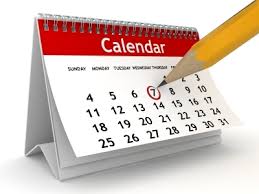 Members in the Central and North East region will have another chance to get together this year at an End of Season lunch to be held at Newark Marina on Saturday 30th November.

Members living or mooring in this area, as well as any others who would like to join us, are invited to attend and we are hoping to have a few short presentations from local members about their cruising adventures this year.

With no regional coordinator based in this area it falls to the BOC committee and local Broom dealer James Wilkinson to organise the event. We would be delighted to hear from any member interested in taking on this role.

Details will be confirmed nearer the time, but in the meantime please keep the date free and do get in touch if you would like to volunteer to tell us about your season with your Broom boat.

Great turn out for Central region

Members turned out in force last week for our Central and North East region get together at Newark Marina. We were royally entertained by James Wilkinson, who laid on a buffet of local speciality fayre and our sincere thanks go to him for being so hospitable.

It was great to see nearly 40 members support the event, not only those based on the marina, but also some who had travelled quite a distance to attend what was our first local event since the formation of the BOC. It was lovely to be able to introduce members to others who were based in the same cruising area, or with ambitions to travel further afield, who could learn from the experiences of those who'd done it all before.

From cruising the Rhine, to replacing teak decks, you'll find it all in our magazine article archive

Get your burgees, badges and BOC clothing in our club shop.